The Unparalleled Achievements and Accolades of Norman Borlaug

Norman Ernest Borlaug is the University’s most celebrated alumnus. During his lifetime Norman Borlaug was inducted into the collegiate National Wrestling Hall of Fame, received the Nobel Peace Prize, a Presidential Medal of Freedom, a Congressional Gold Medal, and the National Medal of Science. He helped introduce High School Wrestling to Minnesota and Little League Baseball to Mexico. He established the World Food Prize in 1986 and is the only scientist in National Statuary Hall in Washington DC.

For his innumerable and unparalleled contributions for using science to serve humanity’s need for food, he was awarded the 1970 Nobel Peace Prize, the Presidential Medal of Freedom (1977), the Public Welfare Medal (2002) by the National Academy of Sciences, the National Medal of Science (2005), and the Congressional Gold Medal (2007). He also received more than 50 Honorary Degrees. Many streets, avenues and buildings throughout the world are named after him, including Borlaug Hall on the Saint Paul Campus of the University of Minnesota. In 2014 a statue of him was placed in the National Statuary Hall of the United States Congress, he is the sole scientist represented.

To further honor his legacy and continue his striving for global food security, the University or Minnesota has also established the Stakman-Borlaug Center for Sustainable Plant Health. 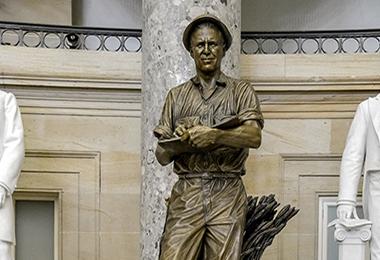 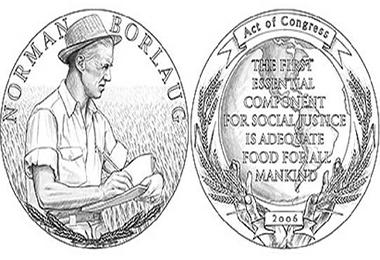 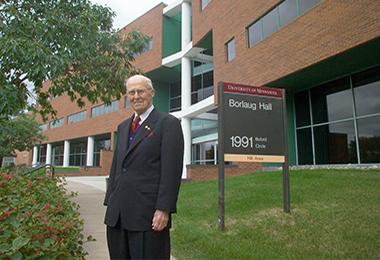